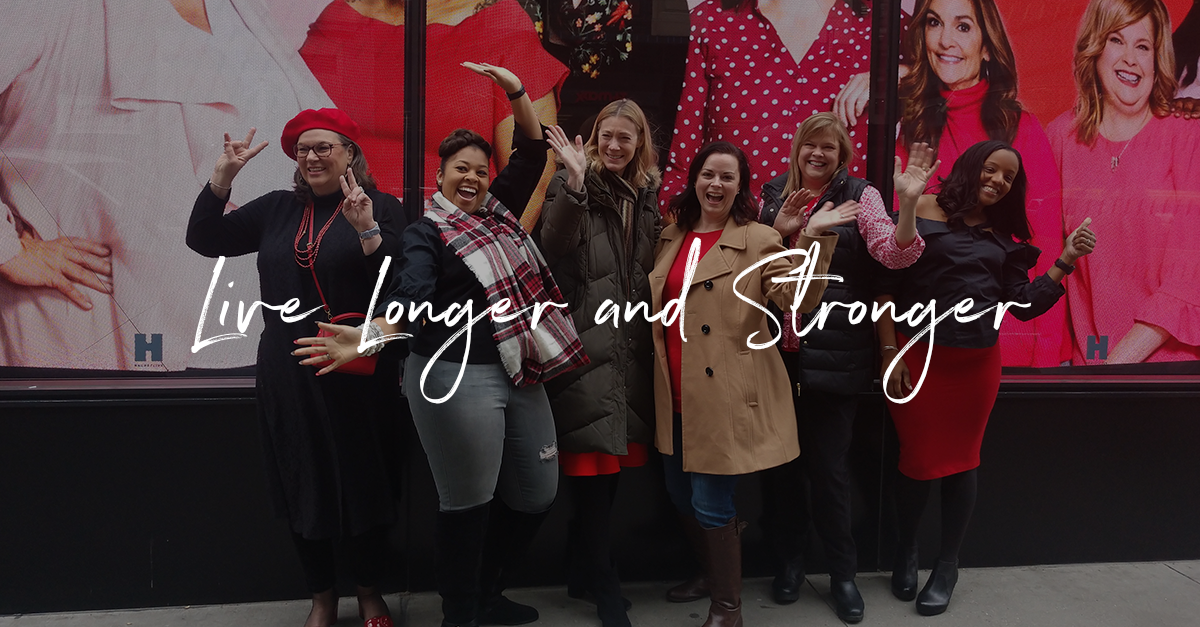 “I’m stronger than I thought I was, both mentally and physically,” says stylist Traci Claycomb, salon owner at Sola Vero Beach.

Traci was featured in the March issue of Woman's Day magazine, and appeared as a guest on The Today Show, after losing 60 pounds in eight months. She lost the weight – and transformed her health – while participating in the Live Longer & Stronger Challenge, an annual challenge hosted by Woman's Day, to help a small group of selected candidates lose weight while lowering their risk of heart disease.

Traci might feel strong now, but that hasn’t always been the case.

With twenty years of industry experience under her belt, Traci had pretty much mastered all things hair. In January of 2017, working at a traditional salon that was going through an internal overhaul, Traci decided she was ready for something new. So she signed a lease with Sola, and opened her own salon.

You’d think her confidence would be through the roof at this point, but Traci admits, “My self-esteem was super low right then.”

The then 38-year-old weighed 220 pounds, and she’d recently learned from her doctor that her blood pressure was dangerously high, which explained the debilitating headaches and heart palpitations she’d been having. 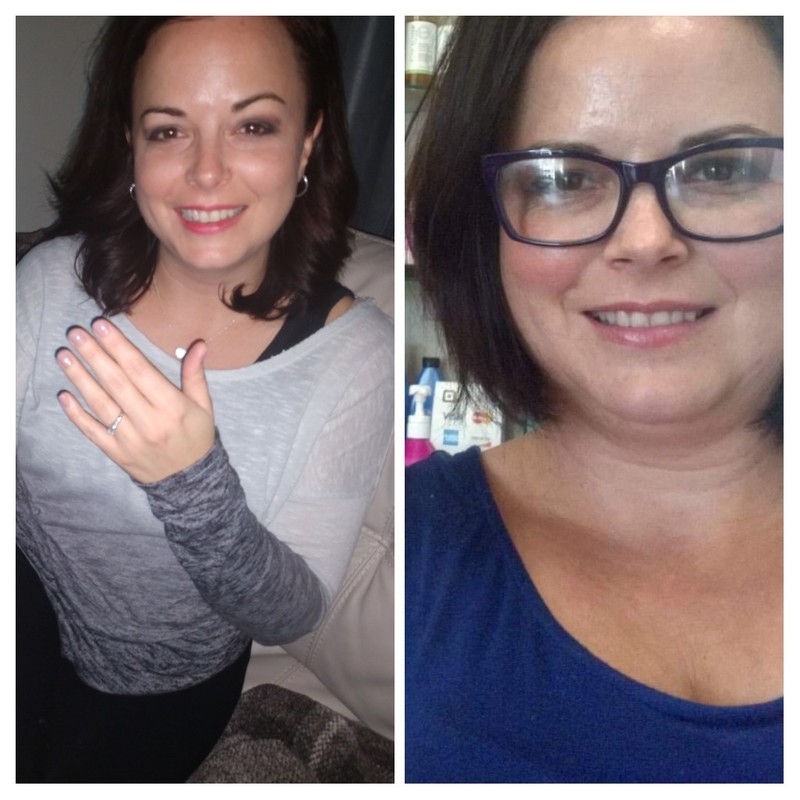 Traci’s family history of heart disease was even more troubling than her symptoms. Her father has had seven heart attacks since he turned 40. Knowing it was time to change her lifestyle, Traci began searching for inspiration.

Women’s Day magazine runs its Live Longer & Stronger Challenge every year. When Traci saw an application for the challenge in an issue of the magazine, she decided to apply… even though it seemed like a long shot.

But out of nearly 10,000 applicants nationwide, Traci was selected, along with four other women, to participate in the 2017 Live Longer & Stronger Challenge.

She was excited to improve her health, but Traci knew she had a steep hill ahead of her.

“It was hard work — especially in the beginning,” she says. After a few months, though, Traci’s new diet and exercise routine became habit, or “normal life,” as she puts it. 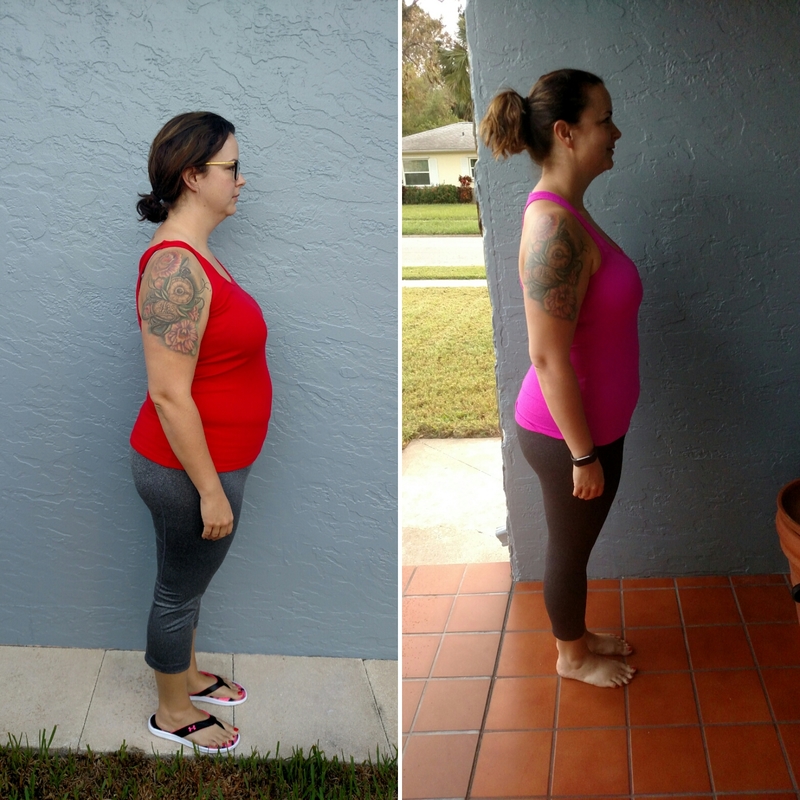 There’s nothing gimmicky about the challenge, and that’s what Traci liked most of all. “It’s an eating and exercise plan,” she says, explaining that the word “challenge” is actually a bit of a misnomer. “I wasn’t competing with the other participants. This isn’t a competition,” Traci clarifies. “It’s a challenge with yourself.”

From June 2017 to February 2018, Traci was given a personalized wellness plan to follow, along with ongoing guidance from nutritionist Joy Bauer, RDN, past challenge participants, and experts at Mayo Clinic.

Many of Traci’s “big changes” were food-related. Trading traditional pasta for zucchini noodles – and mashed potatoes for mashed cauliflower – helped Traci cut down on carbs. Traci’s new diet is low in sodium and added sugars, too, and emphasizes lean protein and lots of vegetables.

Knowing she wouldn’t be able to follow a hardcore exercise regimen, Traci bought a Fitbit and began tracking her steps. “Because we stylists are on our feet a lot, we think we’re constantly moving,” Traci says. But when she started keeping tabs, Traci realized she only got about 2,500 steps a day, compared to the recommended 10,000.

To get more steps, Traci started taking short walks between clients; when there wasn’t time for a walk, she paced in her studio for a few minutes. “I finish my day with a longer walk after work,” Traci adds. Now, she easily hits 10,000 steps.

Mental healthcare was the final component of the challenge.

Mayo Clinic staff members gave Traci stress relief tips, taught her how to meditate, and alerted her to the fact that she wasn’t getting nearly enough sleep at night. “Now I do things in evening, like shut down my devices, to ease my mind,” Traci says. During stressful days behind the chair, she practices breath work, using the breathing tool on her Fitbit.

“I’ve slimmed down a lot, and it feels amazing,” Traci says. While weight loss has been “an awesome side effect,” Traci knows that the real benefit has been transforming her cardiovascular health. Her blood pressure and cholesterol are at healthy levels now, without medications. 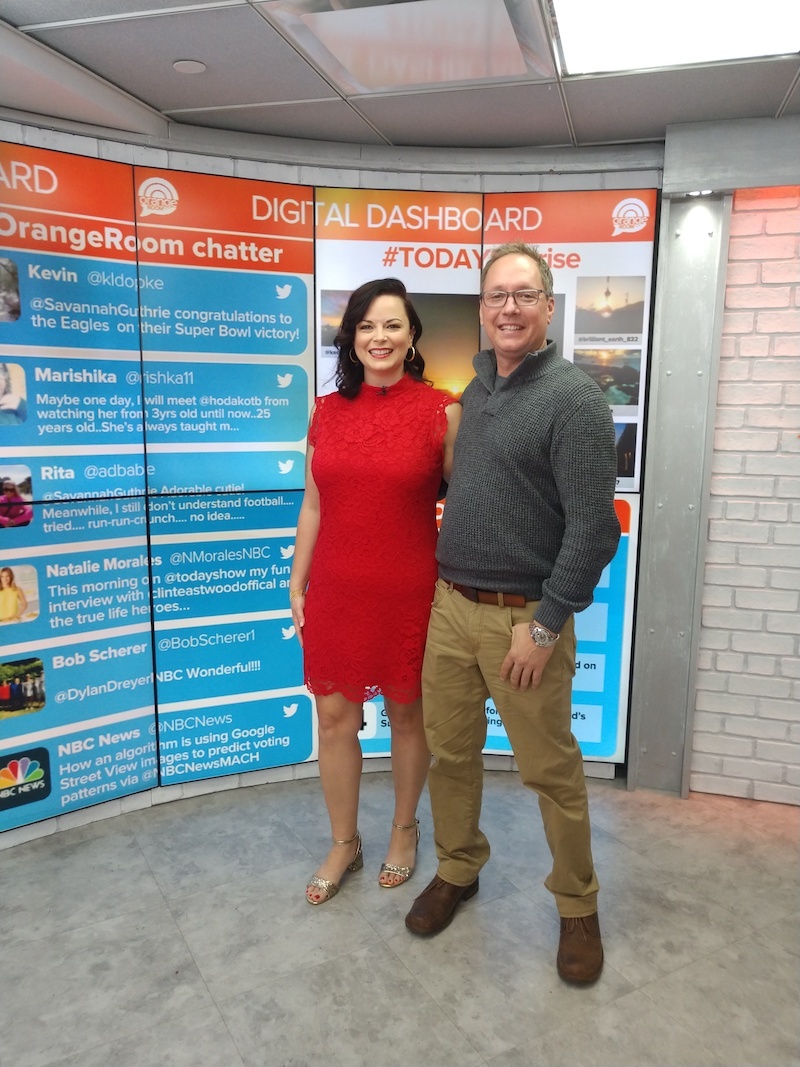 “This is now my lifestyle,” Traci says. “The way it impacted my health is so positive.”

At the end of the 8-month challenge, Traci was flown to the Woman's Day 2018 Red Dress Awards in New York City. Considered an honoree for completing the challenge, Traci was dressed by a stylist and “treated like a queen all day,” she says, adding, “At the pre-party they literally rolled out the red carpet.”

The experience has been a bit of a whirlwind, and participating in the challenge – and appearing in Woman's Day magazine and on TV – has been “interesting for business,” says Traci. 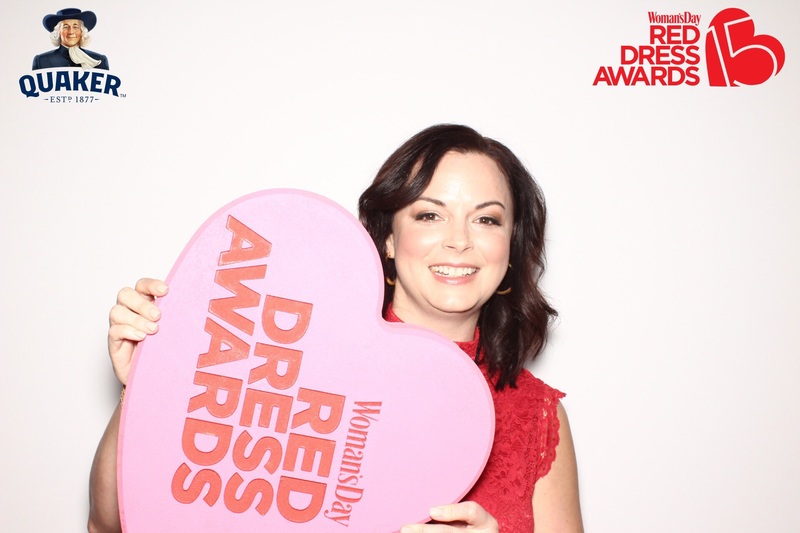 “I’ve had some clients reach out to me after seeing me on The Today Show or in the magazine, but more than anything, the challenge has helped me connect with other Sola stylists, who were really encouraging during the challenge,” Traci adds.

“It’s scary when you are overweight and don’t know where to start,” Traci says. “I always like to let people know that if I can do it, they can do it, too.” 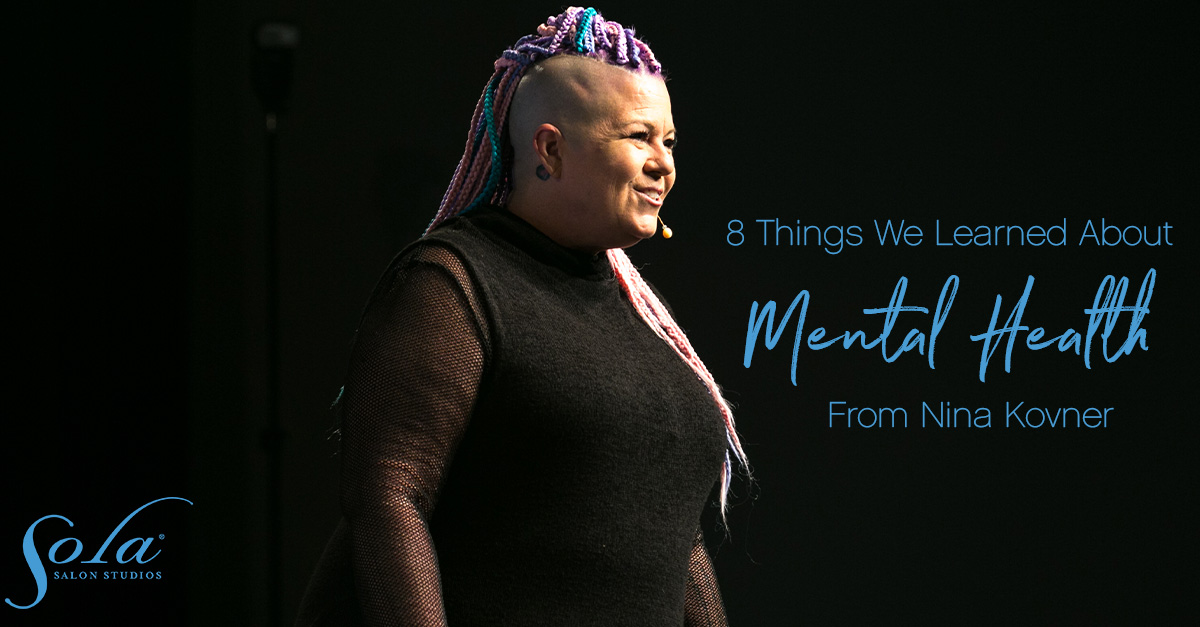 8 Things We Learned About Mental Health From Nina Kovner 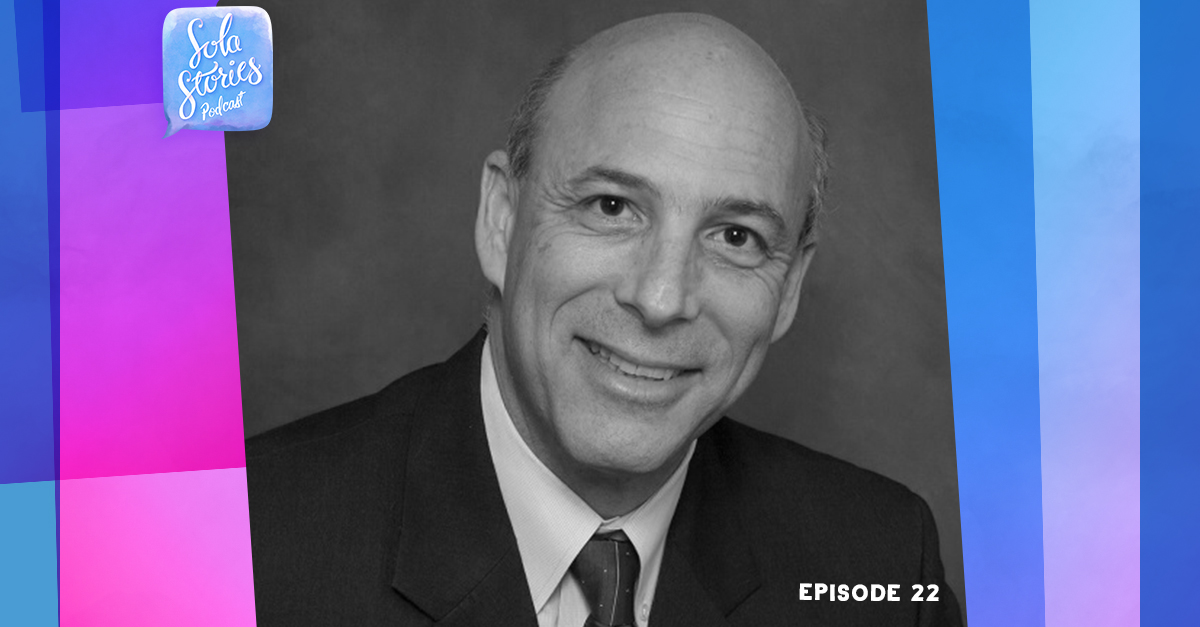 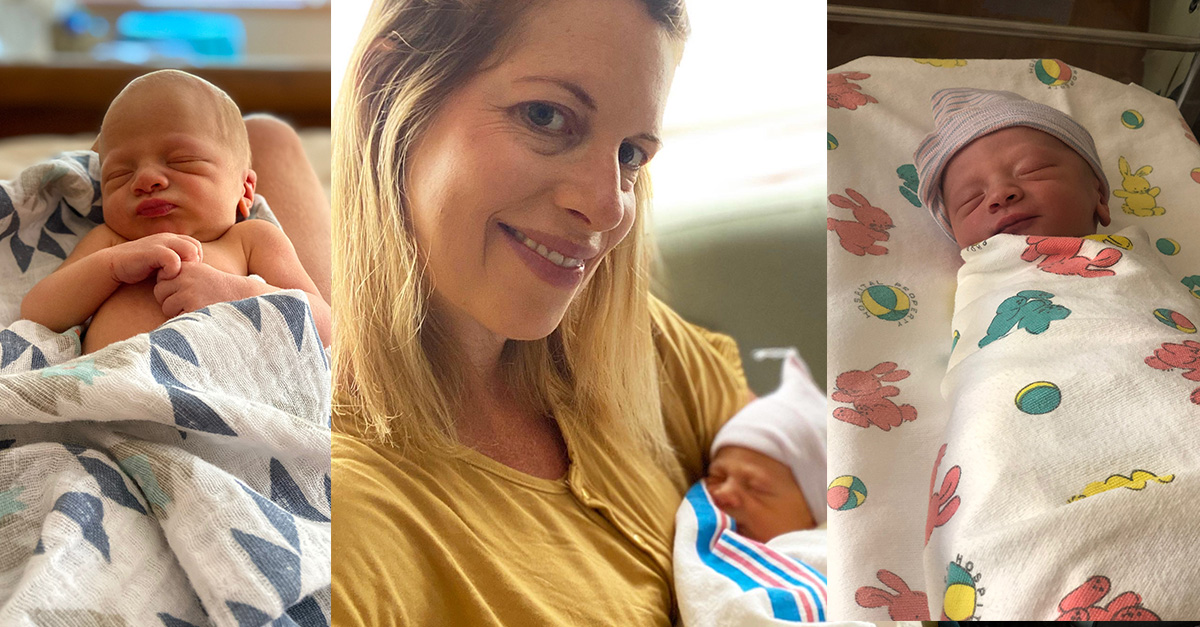